Tiffany, one of the daughters of former United States President, Donald Trump, tied the nuptial knot with her Nigerian-bred fiancé, Michael Boulos, on Saturday.

The wedding took place at Mar-a-Lago in Palm Beach, Florida. Donald Trump and his wife, Melania were at the wedding.

Boulos was raised in Lagos and he is of Lebanese and French descent. He was said to have moved to Nigeria at a young age – where his family’s business is based. He studied at the American International School of Lagos.

He is the son of Massad, the Chief Executive Officer of SCOA Nigeria, and his mother Sarah is the founder of the Society for the Performing Arts in Nigeria.

Bolus was studying project management at the City University of London when he met Tiffany, a law student at Georgetown, while she was on vacation in Mykonos, Greece, with Lindsay Lohan in 2018.

Tiffany and Buolos got engaged on January 19, 2021, at the White House rose garden — a few hours to the end of Trump’s tenure as US president, with Bolus popping the question to Tiffany with a 13-carat emerald-cut diamond from Dubai, said to be worth $1.2 million.

Following the spectacular wedding, Tiffany, 29, waltzed on to the dancefloor arm-in-arm with the groom before the doting couple shared their special moment to a cover of Toploader’s ‘Dancing in the Moonlight,’ the Daily Mail reported. 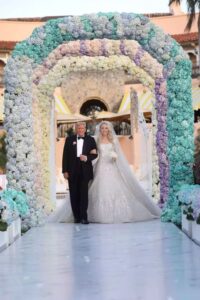 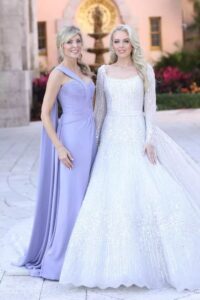 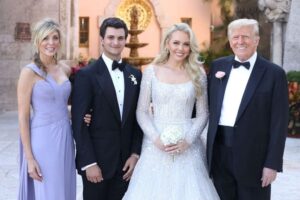 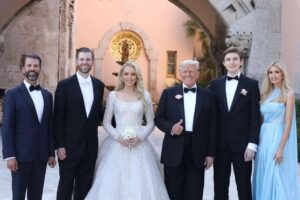 Historical: Meet 8 Nigerian-Americans who recently won legislative seats in US

Nigerian Army: Where Reuters got it wrong